Beth Porter has been a member of the L’Arche Daybreak community in Richmond Hill, Ontario for the best part of four decades. In her new book, Accidental Friends, she shares her experiences of the people she has lived with over the years and reflects on how they have influenced her own spiritual journey… 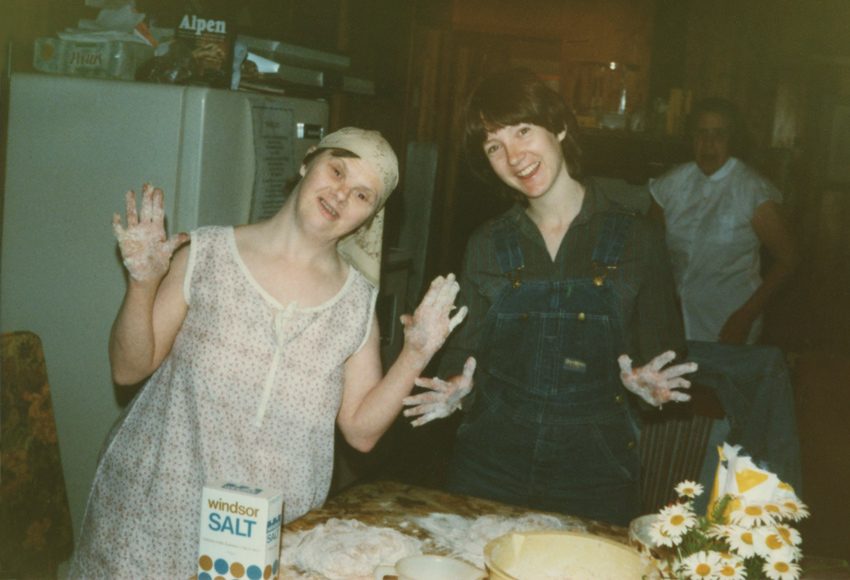 On Labour Day weekend in 1984, I was welcomed into the Church Street house with a backyard barbecue organized by Carmen. (She and Steve and their children were no longer living in the house, but Carmen was the house accompanier.) At the same gathering, Colleen, the outgoing house leader, and John O., who had been an assistant in the Big House for a year, were being sent off – Colleen to begin university and John to graduate school, where he was to study with Henri Nouwen. Gus and Debbie came with their children and people from the Big House. Gus gave a short speech thanking Colleen and John. Everyone in Church Street was there: Julie from Manchester, and George, whose frozen hands we had ministered to at the Green House, and Gord, with whom I had been on vacation to Winnipeg three years earlier, and Anne Marie and Helen, both of whom I knew only slightly when I moved in. Nick, the Church Street work assistant, had started to live out of the house but would be continuing to help out regularly. As the barbecue ended, George, his large fifty-seven-year-old bulk hovering over me and a potted yellow mum held firmly under one of his arms, planted a kiss on my forehead and then handed me the mum, my welcome gift from the house. And so began a new phase of my life in L’Arche.

Helen was a very early member of Church Street. Anne Marie and Gord and George had all moved there from homes on the Daybreak farm when spaces had opened up in 1981 and 1982. Anne Marie and Gord were about thirty. But George and Helen were nearly a generation older. Helen, like Gord, had Down syndrome. In this regard, Church Street was rich. It is often commented that every L’Arche house should have at least one person with Down syndrome, as people who have the extra chromosome are usually gifted at creating a sense of community and celebration, and they can be good animators. Both were wonderful people to live with and also challenging at times.

I had first met Helen on a cottage vacation in the summer of 1983. Her reputation for mischief had preceded her, and, hearing also that she was usually drawn to younger female assistants, I had suggested that Theresa, a fun-loving young American assistant, be Helen’s primary reference on the vacation as I was concerned that I might lock horns with Helen. Colleen had warned me never to get into a power struggle with Helen. Whoever did was bound to lose.

Linking Helen with Theresa had turned out well. Helen, who had worked in the Daybreak bakery, loved to bake and was quite good at it, providing she had a partner. Helen was a diminutive person, but she could knead bread dough and roll out pastry like a professional. Helen and Theresa made bread and pies, which the rest of the vacation group happily consumed. The cottage had a small beach and a paddleboat that we could use, and we enjoyed touring towns in the area, taking a boat tour of the Thousand Islands at the eastern end of Lake Ontario, and visiting a country fair where Theresa and Moe mounted the stage and joined in the dancing. Helen sat in a folding chair wearing a coat that was too warm for the day, a beige babushka, and her enormous sunglasses. Smoking and surrounded by numerous bulky tote bags, she looked for all the world like the bag lady queen. It was obvious Helen enjoyed being different. (On the other hand, when we were out in public and someone stared at her, she could be sensitive and annoyed. She might tell them, “Get a camera!”)

Soon after I moved into Church Street, Helen arrived home one warm September day with her arms wrapped around two dripping Wendy’s bags. She had taken some money from the grocery pouch that she found on the kitchen counter and purchased Frosties (a kind of extra-thick chocolate ice-cream shake) for all six of us who were at home that afternoon. She’d carefully carried them the fifteen-minute walk from the fast-food outlet. On another occasion, close to Christmas, when we again had neglected to put away the grocery money, she took a bus to the mall and purchased Christmas gifts of pyjamas and games for children in the community whom she enjoyed babysitting (with an assistant) when occasions arose. 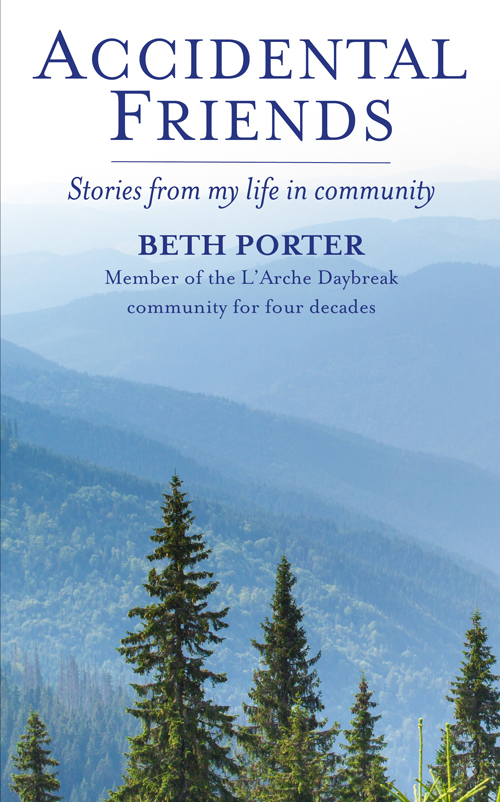 Helen would take money unrepentantly if, to her mind, she needed it for some good purpose. As Julie later remarked to me, “Helen’s moral compass was entirely her own. Putting money in the church collection or buying me a present when I’d been away for a week easily justified helping herself to money if it was left about.” The same apparently applied to items that she regarded as necessary for her personal care if they had been missed in our weekly supermarket trip. Toothpaste was one. She liked Julie’s brand, and Julie might discover her toothpaste in Helen’s bathroom cupboard.