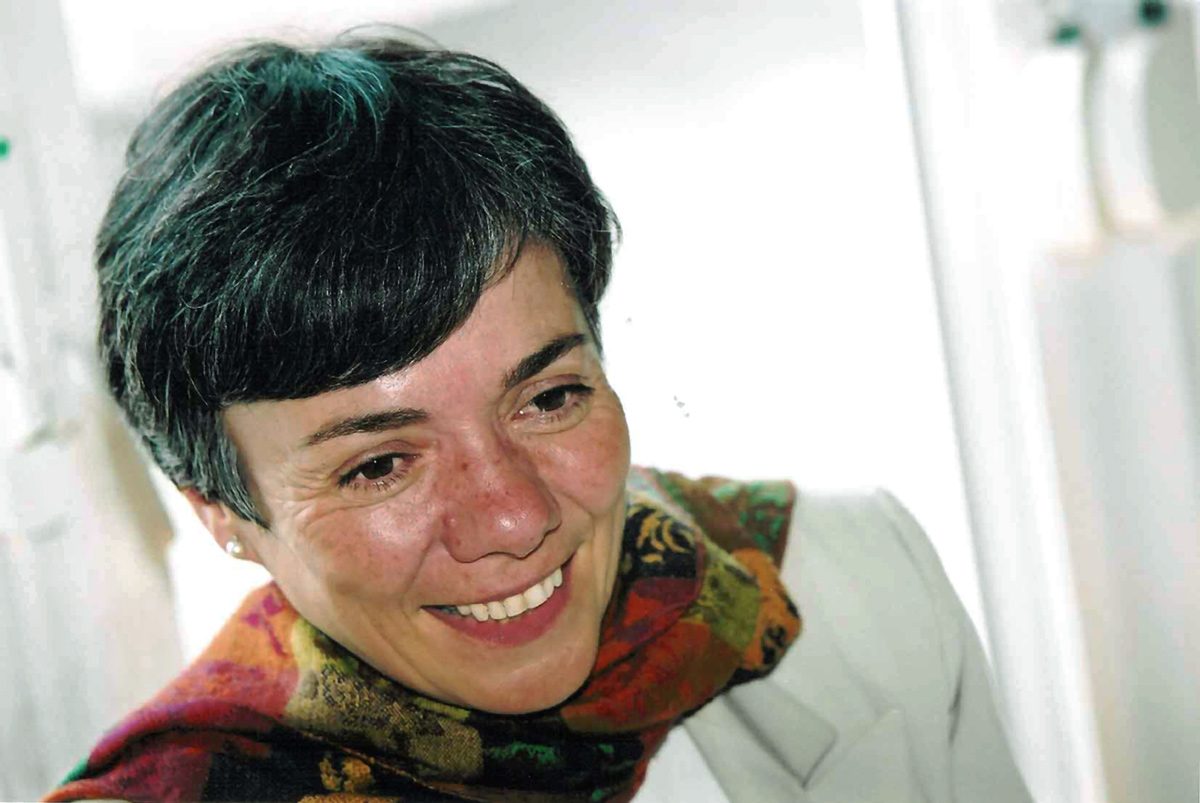 Claire de Miribel was born in France in 1950. She was the eldest of six children and would be, even at a very young age, somehow the “eldest” of the homes and initiatives in which she would subsequently engage in L’Arche.

Born into an affluent family, and sheltered from the world’s hardships, Claire was gifted, intelligent, conscientious, and a good student. She could have succeeded in virtually any field. She was also charming, endowed with an engaging personality, a ready sense of humor, a great zest for life and a promising social life. Instead, a deep vocation would bring her into the margins of society, to a small village called Trosly, to live with people completely marginalized at the time. 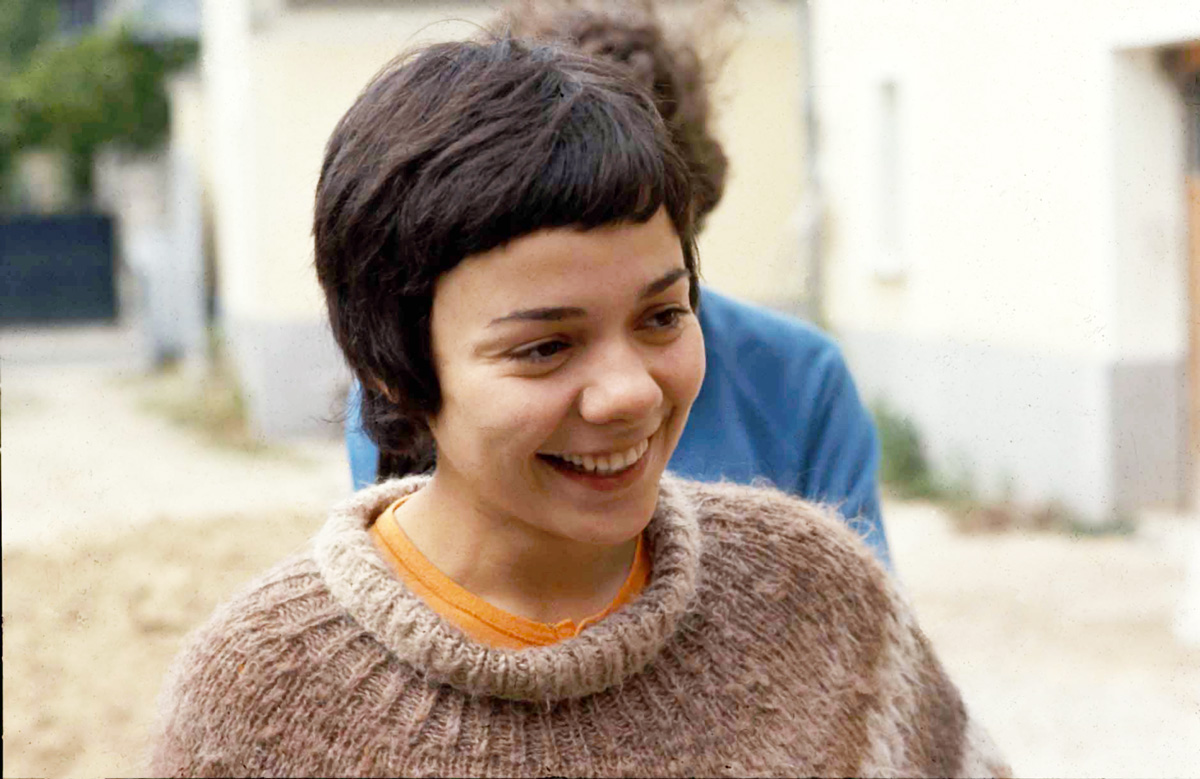 While still a student, Claire had her first involvement in volunteer service while on a trip to America, and on her return, at the request of her parish, she organized a club for people with intellectual disabilities.

Gerry McDonald, an American and one of the founding members of L’Arche, invited Claire to come and see the community initiated by Jean Vanier in Trosly-Breuil, a small village just north of Paris. Claire “detested” that weekend for a number of reasons, and the story might have ended there.

But in 1971 she attended an event in Belgium during which Jean Vanier spoke. “There,” she would later say, “the sky fell on my head”. Jean Vanier’s talk about the need to form a bridge between two worlds: that of the haves and the have-nots, awakened her consciousness. Claire said,

“I had spent much of my adolescence in a state of guilt. I belonged to a country that was free, rich, at peace, while two-thirds of humanity lived in anxiety about the next day, in situations of oppression. I was painfully aware of these two worlds but unable to see any way forward”.

Jean Vanier’s words comforted her, allowing the possibility of reconciling these worlds without rejection or exclusion.

Jean Vanier immediately recognized this woman’s potential. “She had a penetrating but unifying intelligence. She was full of laughter and song and extreme goodness and she was a woman of prayer.” He simply asked Claire, “When are you coming to L’Arche?” And she answered with equal simplicity that she would come once she finished her exams.

Claire arrived at L’Arche in 1972, at the age of 21. One long-standing member recalled thinking that L’Arche had really “won the jackpot”.

Just two days after her arrival at Valinhos, however, she was sent to Villers-Saint-Paul, a small village some forty kilometres away, to live with four men with moderate disabilities when the assistant living with them had to leave. She did well there and was appreciated by the members.

Then, in 1973, Jean Vanier asked Claire to set up the new home of Massabielle. Claire had no idea what beginning a household from scratch would entail but moved in without undue qualms. For Claire, this will be the beginning of a whole series of commitments to the mission and expansion of L’Arche.

Those who lived with Claire in those early days remembered her warmth, her capacity for welcome, her gift for creating a family atmosphere, her easy way with people from all walks of life and her sense of humour. 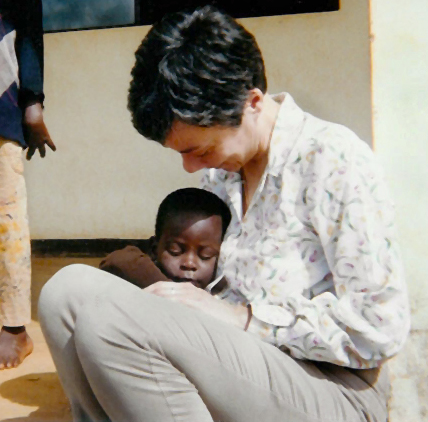 In 1983, Claire was elected to take responsibility for L’Arche Bouaké in Africa for a year. L’Arche Bouaké took in little children, an experience which Claire relished and through which she was able to develop a maternal dimension to her life. Among others it was Innocente who in her almost total helplessness brought Claire an ineffable peace and joy, an experience which she would carry with her for years to come. Claire was often to speak in years to come of how, sitting on the ground beside Innocente, one day she came to a better understanding of the heart of L’Arche:

“Innocente taught me no longer to be afraid of weakness, of my own weakness. I had been brought up to succeed, to conceal my weakness, to cope, but all Innocente had to offer was her weakness. She could not conceal it and she showed me that if I share my weakness it can become a source of life. She taught me to dare to recognize, accept and share it. In doing so, I make it possible for others too, to recognize their own weakness without being afraid. Then relationship becomes possible.”

Claire was touched by the openness and simplicity of the poor of Bouaké. The capacity of L’Arche to bring together people from very different social and national backgrounds continued to fascinate Claire. Looking round the table at assistants and people with disabilities she would often think to herself that their parents would never have sat down to eat at the same table. The international dimension of L’Arche was extremely important to her.

The opportunity to dramatically “widen the space of her tent” came to Claire when she received a letter while still in Bouaké, asking her to accept the nomination to become International Co-ordinator. “I had no reason to say ‘no’. Once again it was madness: I was 34 years old.” The nomination was confirmed and in November, 1974, Claire became International Coordinator.

While Claire and Joe Egan were the international leaders, the number of L’Arche communities scattered throughout the world increased substantially. Because of her love of life and for discovering the life in people, Claire was quite as much at ease in Africa, India or the United States as in France. Throughout this time, however, Massabielle was her home and her security. In between international engagements she would return to the people of her foyer and do the cooking and the washing up. 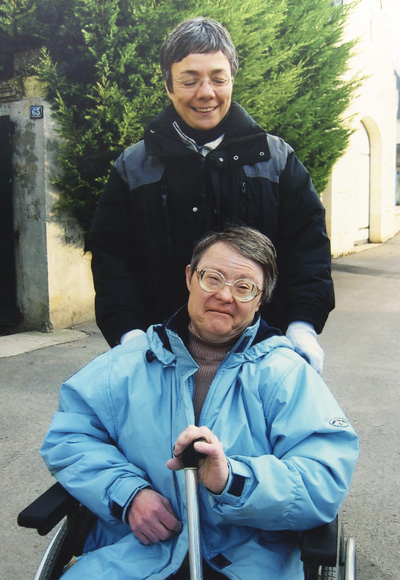 Massabielle was to remain Claire’s home for thirty-six years, an unusual feat for assistants in L’Arche. She never expressed any regrets about her extraordinary choice of a life in L’Arche, even to those closest to her. It was characteristic of Claire that having once made her choice, she assumed it and integrated it completely. This did not prevent her from answering various requests from within L’Arche.

Asked once whether it was possible to be celibate and happy, Claire’s immediate response was: “Look at me!” Her own choice of celibacy had arisen out of a sense of solidarity with people with disabilities and intuitively, it seems, they understood that she would identify with their lot to the point of sharing the celibacy they had not chosen.

While Jean Vanier was more overtly intellectual, Claire was the “incarnation of everything I believed”, he said, “with her it was all flesh. I had the theory; she put the flesh on it.” She belonged to the generation that followed his, with whom assistants could sometimes more readily identify. Claire was to become a great support for Jean. Almost perfectly bilingual in French and English, she translated most of his books, correcting and improving them.

Towards the end of her life, when ill health obliged Claire to relinquish many of her responsibilities in the community, it was suggested to her that she write a book. She declined on the grounds that if she were to write everything down she would no longer have anything to say. That book was later written by Kathrin Spink, a great “storyteller” of the beginnings of L’Arche. 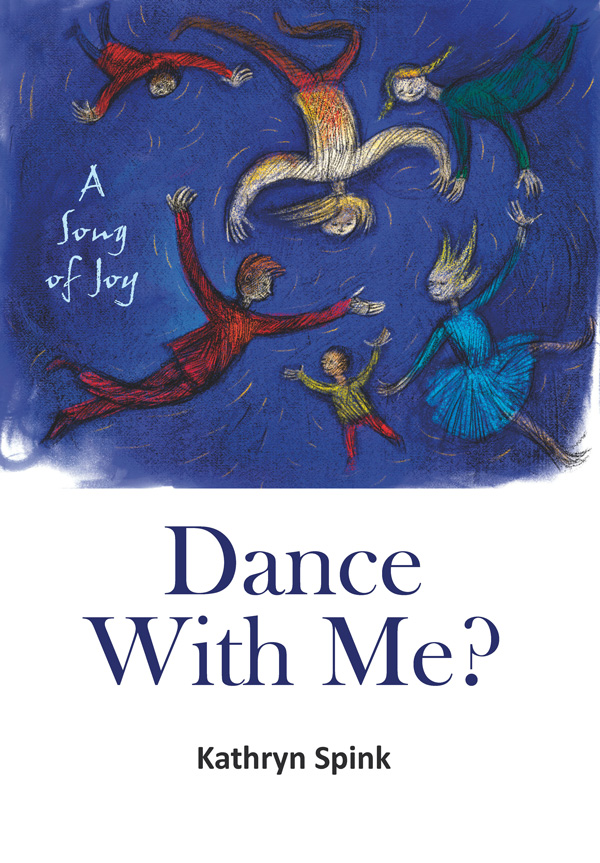 If you would like to purchase this book you will find it on Lulu: http://www.lulu.com/ca/fr/shop/kathryn-spink/dance-with-me/paperback/product-23094811.html