Food and Community: An Interview with Adam Gopnik 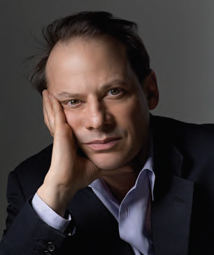 Beth Porter: Were there experiences of meals and family growing up in Montreal that led to your sense of the importance of food and the table?

Adam Gopnik: I give my parents all the credit for making meals a central ritual of the day. They weren’t religious, but they were cul-turally as Jewish as people could possibly be. One thing that was central to their lives (and still is, I think) was the idea that the day always led up to dinner. I have six brothers and sisters and we always had live-ly if not heated conversations and debate over the dinner table. I think that’s very Jewish. When I was at McGill, I did a paper about a famous Jewish manuscript called the Darmstadt Haggadah. It’s a Passover manuscript, and what’s lovely about it is that it just shows people arguing around a table. I thought that was a won-derful image of my own family.

Of course Montreal had an abundance of all kinds of good food and still does. If I had to pick one food memory it would be the Peking duck my parents used to get in Chinatown for Saturday nights. Then they realized they could actually make Peking duck. I have a keen mental image of my father drying a Peking duck, a lacquered duck, with my sister’s hair dryer! I also remember the wonderful smoked fish, a family tradition passed down from my grandfather who was a grocer in Philadelphia. I still try to do Sunday-morning smoked fish for my kids.

In The Table Comes First, you talk about “the perpetual fragility of the table’s concord,” in the context of Mrs. Parnell’s turning out to be an anti-Semite. Do you have any informal rules for preserving a modicum of concord?
Sure. I don’t want to be too sentimental because ours was a real family when I was growing up and mine remains a real family, and real families have hurt feelings and people who storm from the table misunderstood, and all the other signs of real emotion. But I do think there are two general rules: one is courtesy—that one person at a time has the floor; and the younger ones get equal time with the older ones. I don’t know if my younger brothers and sisters would all think that we respected that, but we try to here.

Eating meals around a table together needs to be learned. One of the rules my wife and I make is that you can’t bring your Smartphone to the table—because the urge is to check it. I get a lot of email and am as guilty of this as the kids. Breaking that addiction for long enough to actually talk to real people is a chal-lenge. I would add that I’m blessed that I have flexibili-ty in my work as a writer. Though I work long hours, it’s fairly easy for me and for my wife to cook dinner and get the kids around the table. For millions of people, that is not easy, and I never want to seem to be looking down on people who take their kids to McDonald’s or wherever—because they don’t have a lot of choices. Increasingly, family dinner is becoming a privilege. This is very worrying, and it’s particularly true in the United States where even daily leisure is being squeezed out of people’s schedules by relentless economic pressure.

In terms of “rules,” at a more cosmic level, I’d say that we benefit from breaking bread with the widest possible variety of people. It’s an effort to keep the table open in that way. One of my favourite books is by John Crossan and is about Jesus (to change religions briefly, or maybe not if you think of Jesus as essentially a Jewish figure). Crossan says the most radical thing about Jesus was that he kept an open table. He dined with publicans, prostitutes, tax collectors, and non-Jews, and though that seems to us just admirable now, what Crossan emphasizes is that in Jesus’ time it was unimaginably radical. In any peasant society, who you sit down with is so bound by taboos and rules that sharing food with somebody from outside your circle is almost unimaginable. All else about Christianity aside, that remains a wonderful moral exemplar.

You say you share the values of the locovors, but not the pieties.

What I meant is that whether or not we’re going to save our lives and the planet by eating locally seems to me a very unsettled question. I was reading in The New York Times that a new study suggests even organic food, let alone local food, is not necessarily healthier. Certainly, there are arresting arguments made in good faith that we are better off eating lamb shipped to us from New Zealand where lamb grows easily, than eating lamb raised a hundred miles away where lamb is raised with difficulty. But regardless of how you
feel about those questions, the emphasis on putting a face on your food is positive—knowing that chickens are living things slaughtered for your dinner. When we are fully conscious of where our food comes from, we are more enlightened human beings. In the spiritual life, whether you are attached to a faith or not, being mindful and being in a state of grace are deeply con-nected. My daughter Olivia and I recently went to a wonderful restaurant in Maine called Primo. It’s attached to a garden, a hen-house and a pig sty, so there’s no mistaking for anyone who eats there, where your food comes from. If you are mindful about this, you are in a better state of grace for eating it.

Local food tastes better too?
I think so, but even if it doesn’t (and in the agri-world we live in now, sometimes the food I bring home from the farmer’s market tastes odd compared to the homog-enized tastes of agri-industrial food), it tastes distinct, real; and I think that that is valuable in itself. Also, eating local food creates several circles of community—people who sell or shop at the green market, people proud to be eating local carrots.
You open The Table Comes First with the story of the French resistance fighter, hours before he is to be executed by the Nazis, writing home about his memory of family meals. Why open with that story?

I recognized that it was a somewhat risky place to begin because it’s a grim story at the beginning of a book that I hope gives pleasure and is largely fun. But more than any document I knew, that letter asked us to think hard about what food means. This guy was clearly not thinking about going to a trendy restaurant nor about improving the planet by eating organically. He was saying something much deeper and more humane about the role that food plays, that the table plays, in making our lives meaningful. I thought that this story could raise the stakes of the book, could make it plain that the phi-losophy and the very chewy bits of the book were essential because they were about something so impor-tant that it would be the last thought in the mind of a heroic figure in tragic times.

Most of us have had to respond to traumatic situations at times, and we are likely to know others who have lived through sudden loss, accidents, war or other very difficult situations. John O’Donnell’s account of his involvement in the Swissair disaster and its aftermath, and his experience of dealing with trauma and post-traumatic stress disorder among those who did the recovery work at the Swissair crash site and among returning soldiers is both inspiring and informative. – Beth Porter, ed.

Ruth Patterson: The Path of Peacemaking

In this issue we depart from our custom of interviewing Canadians to talk with an Irish woman who is having a profound impact on people engaged in the work of reconciliation. Rev. Ruth Patterson was recently in Canada to give an address during the L’Arche General Assembly and public talks in Vancouver and Calgary. She also spoke at the Wisdom on the Journey gathering in Alberta, that brought together people from diverse communities to examine the legacy of Indian Residential Schools and support the work of the Truth and Reconciliation Commission of Canada. – Beth Porter, ed.

Mayor Naheed Nenshi is a passionate Calgarian, an academic, an accomplished business professional, and a man with a strong social conscience and community values. He has a reputation for thinking outside the box and he is seemingly tireless in his support of community initiatives. We asked, what can we learn from this man who has a passion for building community in his city. – Beth Porter, ed.

The Canadian government established the Truth and Reconciliation Commission of Canada because it finally had to acknowledge the great damage done Indigenous people by the government-supported residential school system. It has been said that just as the schools persisted over 7 generations, it will take 7 generations to heal the damage and for a truthful national story to take hold. It’s for our generation to begin. Dr. Marie Wilson is one of the 3 Commissioners who tirelessly travelled the country for 5 years recording the history of abuse. We are grateful to her for this interview. – B.Porter, ed.

This issue continues the interview with Commissioner Marie Wilson of the Truth and Reconciliation Commission of Canada. Dr. Wilson points to the multitude of opportunities that are set out in the TRC’s “Calls to Action.” The Commission will present its full final report to the federal government at the end of this year. Now, it falls to all of us who are Canadians to see that its recommendations are implemented—that we learn and teach the true story of the treatment of Indigenous peoples in Canada and that we do the work called for to bring justice, true reconciliation, and a good future for all in our country. – B. Porter, ed.

This does not permit us silence: An interview with Stephen Lewis

Stephen Lewis touches our deepest aspirations to build a better world. In this interview Stephen Lewis talks not only about his passionate concern for Africa but also about his own motivations and hopes and about democratic socialism today. - Beth Porter, ed.

Water—What Does It Mean to Us? An Interview with Luke Stocking

In this issue we asked Luke Stocking to speak about his educational work on bottled water as a leader in Development and Peace, the arm of Canadian Catholic Church that focuses particularly on Catholic Social Teaching and social justice work. It was not our intention in choosing this topic that it correspond to the season of personal reflection and spiritual preparation that is Advent in the Christian calendar, but perhaps it will inspire such reflection. – Beth Porter, ed.

Democratic Essentials at Risk: An Interview with Dr Ursula Franklin

In 2011, before the last federal election, we published this very popular interview with Canadian humanitarian and thought leader Dr. Ursula Franklin. Although some allusions reflect that particular time, much remains relevant. Hoping it will contribute to readers’ preparation for the upcoming election, we are re-sending it as a bonus issue with some new links and a box on Dr. Franklin’s 2014 CBC “Next Chapter” interview. Stephen Clarkson’s piece and the link to the Afrobarometer continue to remind us of the privilege we share living in a democracy, whatever its weaknesses (see Gordon Gibson, p.4, and link to Andrew Coyne’s Walrus article). – Beth Porter, ed.